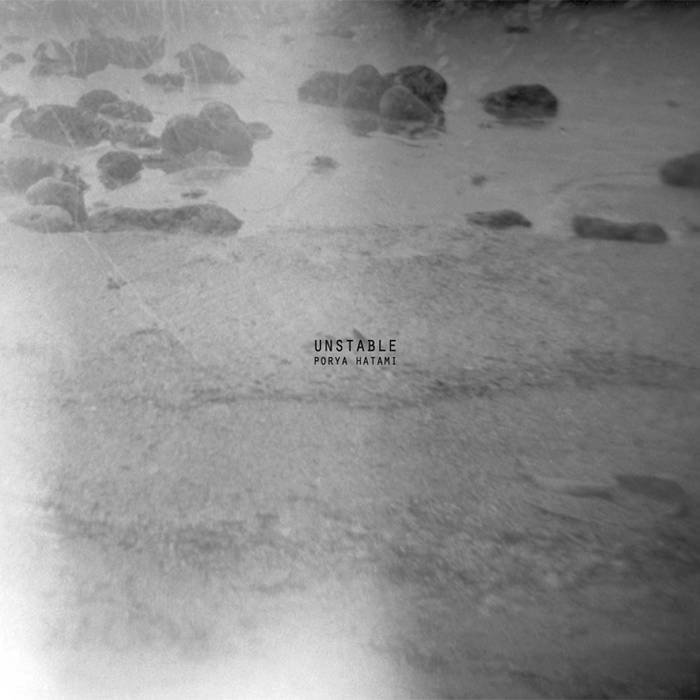 " Porya Hatami‘s latest effort is an electronic beauty that sounds quiet and comforting when one is tired and active and energizing when one is awake. The album’s chameleon-like nature is an asset to multiple styles of listening. The effect is achieved through by blending two types of recording. Loops are responsible for the lulling nature of the presentation, while additional electronic sounds, some of which seems improvised (and thus unpredictable) are responsible for the energy. On the one hand, the album counters its name by being extremely stable, while on the other, it remains, as the artist writes, unstable. It’s the rare album that splays repetition without being repetitive " -- Richard Allen

I recently came upon the work of Porya Hatami when I listened to and reviewed his contribution towards the Flaming Pines‘ Birds of a Feather series. I must admit that I was pleasantly surprised by the experimental ambient drones of this Iranian artist. And yes, I’ll be honest enough to say that the cause of my surprise was his origin country. I’ve never heard ambient music coming out of Iran (have you?) and his release on Nephogram only solidifies his presence among acoustic, environmental and minimal sound. Using processed organic and electronic sources, Hatami works the micro-glitched constructs into his field recordings to create textured atmospherics to the likes of Taylor Deupree, Marcus Fischer and Sawako. Unstable is one of those albums best consumed on a lazy Sunday morning, playing somewhere in the background of your slowly waking mind. Waves of running water, blowing wind and chirping birds will gradually invade and conquer your living space until you’re left with nothing but elated din. Track titles on the album, such as “Transition”, “Uncertain” and “Unstable” suggest to the fragile nature of music housed within. Definitely check out more releases from this independent electro-acoustic label, especially if you’re a fan of 12k output. Be sure to pick up Hatami’s debut, titled Land, released on Somehow Recordings in 2012.

You can purchase this album here :
shop.nephogram.net/npg015-porya-hatami-unstable