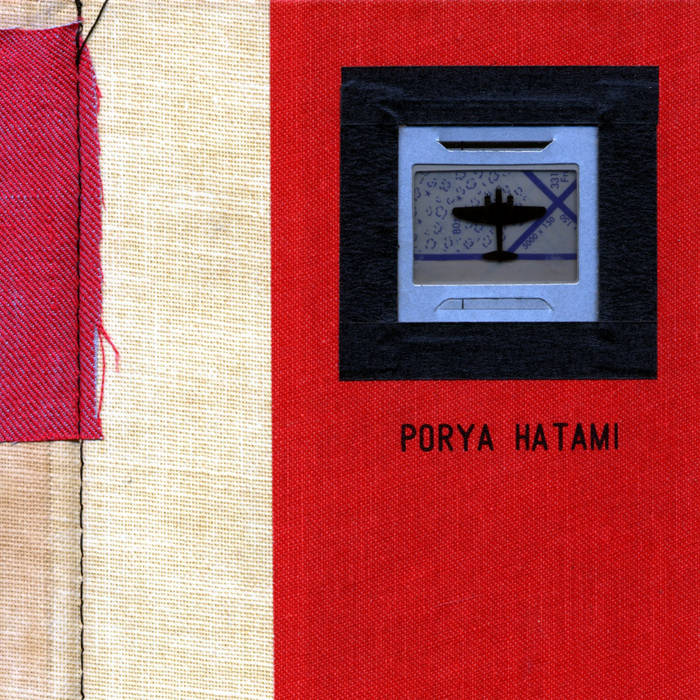 “Arrivals And Departures” is an absolutely calming, flowing, synthy excursion into the skies…filled with flowing melodic cloud formations and never ending jet streams…please take your seats, and enjoy this most beautiful and realizing of flights! The skies have never seemed so inviting!

The album was originally released on Time Released Sound label!

you can purchase the CD here :
timereleasedsound.com/shop/releases/

Arrivals and Departures is a gentle skyfaring ambient journey filled with stillness and wonder. Forget the frenetic chaos and anxiety of modern travel as we have come to know it. This album evokes images of endless blue skies, drifting cloud formations, glistening wings swaddled in wisps of smooth flowing air, and travel as a context for contemplation and nostalgia.
To contrive these bucolic vistas, Hatami uses as his backdrop a variety of synth tones that hum, flow, ebb, and oscillate. He then embellishes with shimmering keys, a variety of electroacoustic textures, and field recordings ranging from a rush of wind, which we hear in the opening tracks, ‘Farewell’ and ‘Homecoming’, to the reassuring cacophony of air traffic control radio transmissions which appears in ‘Landing’. Chiming bell tones welcome us back to Earth in ‘Terminal’ and finally we reflect on journeys ended and journeys yet to begin with ‘Sunrise Pylon’. The music is uncompromising in its patience and serenity. It drifts and glides as if lighter than air and free to meander with the currents of the jet stream. It is pure sonic alchemy.-----/ Stationary Travels

This is more an album for flying above clouds than it is for flying into a storm, and one imagines a voice from the cockpit saying, “You are now free to move around the cabin.” The most effective piece is the center track, “Landing”, as it includes radio transmissions and light engine sounds, leaving no doubt as to its subject. Strangely, crickets seem present as well, operating as metaphor as one does not normally encounter the insects on planes or in terminals. For the most part, Hatami’s typical electronic pops are held to a minimum as he concentrates on keyboards and extended tones; there’s certainly nothing to fear on this flight. When the plane has landed, the pilot places another entry in his log: another mission successfully completed----/ A Closer Listen


a soundscaper from Iran named Porya Hatami, who weaves delicate expanses of crystalline ambience, lush, billowy smears of soft focus thrum, beneath softly reverbed piano, subtle swoonsome strings, the sound a languorous slow build, but not to any bombastic climax, instead, setting layer upon layer, the sound growing ever more dense, and deep, with swirls of spacey synth deftly woven into sprawls of dreamlike, nocturnal swells. Haunting, softly distorted pulsations spread out like beacons in a thick sonic fog, the overtones bleeding into one another and creating a thick blanket of warm reveberant shimmer, each track here part of a greater whole, a lush, tranquil, serenely psychedelic kosmische ambience that seems to expand ever outward, enveloping the listener in an electronic flecked, dream-ambient web of ethereal sound.-----/Aquarius Records

all sounds recorded and produced by Porya hatami

Artwork and Design by Colin Herrick