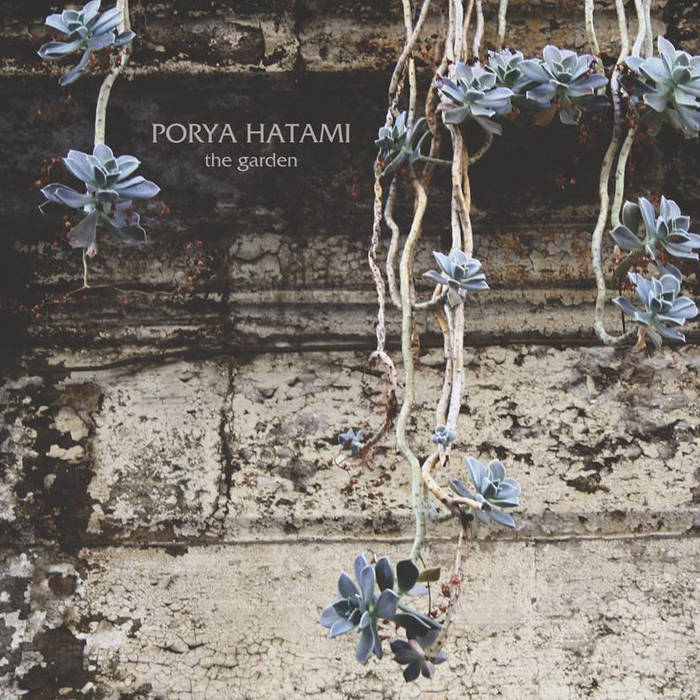 Alberto Venturini This is a Sublime Music from
An Amazing Iranian Artist! Favorite track: Spider.

Halftribe A lovely album from Porya which is full of experimental textures. Favorite track: Snail.

Lost Tribe Sound Nothing quite like feeling the size of an insect being spun into Porya's enticing web. These microcosmic worlds are some of the finest I've ever heard. I want to live there! Favorite track: Spider.

The soundscape of “The Garden” forms from whispers and murmurs of rural nature, from that noiseless noise which lives in the summer air that are captured in a macro mode, so one can almost touch.

Like a sluggish snail, the music ploughs its way through blades of grass, like a humming bee, it glides smoothly down to a flower, and like a firefly, it shimmers at cool evening twilight.

Porya Hatami invites the listener to take a leisurely journey through green labyrinths together with fluttering, creeping and buzzing creatures, thus taking us back to the primeval garden and its “objective reality”.

Atmospheric in a summer way, meditative in the Oriental style and just beautiful music.

Resonance is intimate, an encounter with the organic process of the sound shape. Nowadays, some artists doesn’t seem to be interested on constraining those resonant substances but connecting the ears with the dialogue of mutation and stillness that is present in the way sound grows naturally; similar to plants in a garden, as Porya Hatami’s latest work suggests not just in the title, but also in the unique articulation of perspectives towards what’s considered “organic” right from the soul of audible architecture. Six pieces chained as bio-organisms wonderfully related together, featuring tiny cuts and dazzling melodies mixed with an exceptional taste of texture, refinement and detail, making it a meticulous showcase of subtle morphologies; a microcosmic mirror of nature’s engineering where small clusters of infinity are combined as intertwined molecular patterns able to conduct meditative explorations of auricular beauty ---- Infinite Grain

I’m finding myself becoming increasingly in awe of this kind of music, how someone can create something so delicate and sparse out of everyday sounds is completely beyond me, ‘The Garden’ by Porya Hatami is nothing short of beautiful really. A sound swathed in natural ambience and electronic majesty. Released on the Dronarivm label and mastered by Fraser Mcgowan aka Caught In The Wake Forever, ‘The Garden’ is an art form all of it’s own, gossamer like electronics merge with hushed field recordings of nature like wind and water, crackles and clicks seem to weave themselves into this ghostly soundtrack.
It’s almost as if Hatami has recorded the sound of something growing, slowly rising out of the undergrowth, creating a sound that would normally be unheard by human ears but has somehow been tapped into by some organic recording equipment. I’m finding it hard to say much more about this record because I just want to listen to, get lost in it and just drift away---/ Norman Records


There’s a lot going on in Hatami’s music, just as there’s a lot going on in the life of a snail. Melodies and micro-melodies morph and twist; field recordings weave their way through delicate textures. The Garden provides a soundtrack for six creatures (Firefly, Spider, Snail, Ladybug, Bee and Ant) whose actions might otherwise go unnoticed. This sonic garden provides a home for birds and rain, glitches and bells: beneath a placid surface, life is teeming.
Does one have the patience to listen to such a recording? The larger question might be, does one have patience? If so, all the better: the early hours are best, before the children awake and the traffic begins to flow. If not, might one learn from the snail? Is it better to go through life saying, “I don’t have time for such things” or to learn how to pace one’s self?
The rewards are here for those who wish to find them: soothing layers of crackling sound, balanced by sounds from the actual garden. It’s enough to make one want to go outside and find an actual snail in an actual garden, and to watch for a while. And this is Hatami’s intention: by slowing things down to a snail’s pace, he invites us to do the same. -----/(Richard Allen) A Closer Listen